“Perhaps We Are Asking the Wrong Questions”: Islamic Studies Meets The Matrix 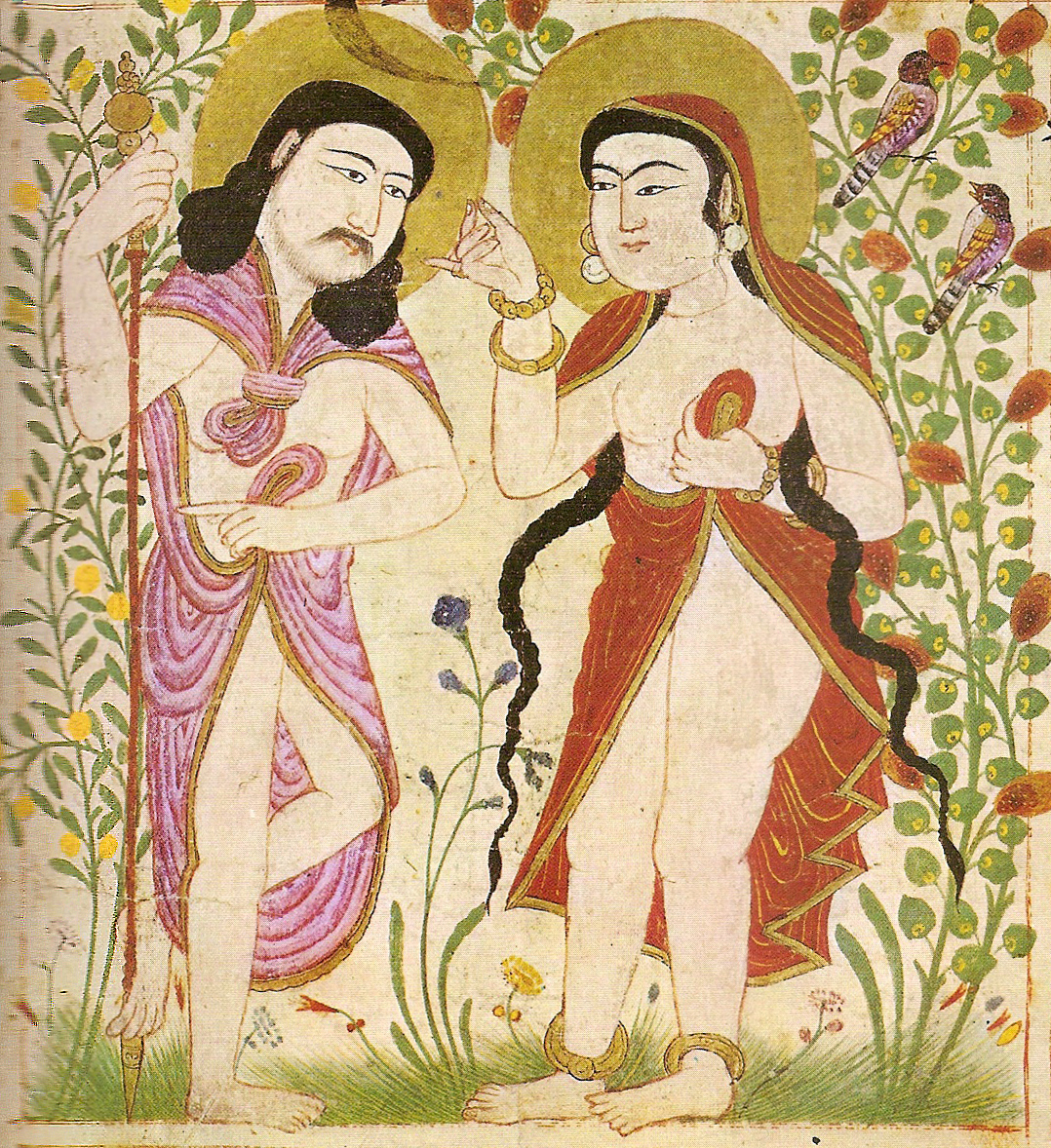 The 1999 film The Matrix taught us to question our basic perceptions of reality.1 It confronted us with the option that what we experience as ‘life’ is in fact no more than a simulation, provided courtesy of the machines that took over our world. Furthermore, the film also suggested that, because the machines did not know what chicken tasted like, they made chicken taste like everything.

Thinking in terms of the film, contextualizing Islam within the world of Late Antiquity means that scholarship in this field is leaving the Matrix. Detachment from the old scholarly framework opens up our minds to a new landscape, and new ways of approaching the emergence of Islam within it.

One such way would be to read the Qur’an in light of other religious texts (that is, texts of other religions), rather than in the context of traditional Islamic exegesis (tafsīr). Traditional tafsīr remains a valid option, but now it is one among many. And so, for example, rather than ask how certain sūras of the Qur’an reflect the traditional biography (sīra) of Muḥammad, we might ponder which religious traditions these sūras correspond to, and why.

Leaving the Matrix and locating Islam within the context of the Near East in Late Antiquity also allows us to consider the possibility of a multi-vocal discourse between early Muslim sources and various other cultures and religious traditions of Late Antiquity.

Such a possibility can be demonstrated through the case of Islamic traditions of Eve and Adam. The first human couple is known to us as Eve and Adam from the texts of the Bible (Genesis 2-4) and extra-biblical accounts, which are found in Jewish, Christian, and Gnostic sources. One might therefore be inclined to assume that the Qur’an and later Muslim traditions that refer to Adam and his spouse were informed by these sources. However, a closer look at the Islamic literature concerning Eve and Adam reveals that some of the themes and motifs in this literature are not common to Jewish and Christian sources. These motifs might be better understood in reference to other religious traditions.

This applies, for example, to Muslim traditions concerning the nature of the forbidden fruit of Paradise.2 Neither the Bible nor the Qur’an specify exactly which fruit that was. Extra-scriptural literature of Jewish and Christian origin attempts to fill this gap up through suggesting possible identifications for this fruit, such as the fig or the grapevine.

The Muslim sources are aware of these and other identifications, which can be found in Jewish and Christian sources. However, the most common identification for the forbidden fruit in the Islamic context is wheat. The Muslim sources also add that the misconduct by Adam (and mainly Eve) regarding the Tree of Paradise (or other forms of the primordial wheat) has turned its fruit into barley.

This identification of the fruit of Paradise is hardly known in Jewish and Christian sources. Barley is, however, mentioned in Greek and Zoroastrian sources, which present it in a very positive light. In the Greek context barley has a major role in the rituals of Demeter, goddess of the earth and fertility. As part of her divine grace, Demeter bestowed upon humanity the knowledge of how to cultivate the land. For this purpose she gave Prince Triptolemus of Eleusis a stalk, and sent him to teach humans agriculture in a chariot drawn by winged snakes. In the Zoroastrian Dēnkard, barley is described as a divine gift, granted by Ohrmazd to the first human couple, Mashī and Mashiyānī. Ohrmazd shows them how to sow barley, and then sends a guardian spirit to bless the bread that was made of it.3 Both religious traditions present barley in a positive light, as a blessed divine gift to humanity. The Muslim texts, on the other hand, present barley as a mutilated, corrupt form of wheat, a second-rate grain, which originated in disobedience and transgression.

Hellenistic relief of the Goddess Demeter, holding grain, a snake, and a poppy blossom. Both the grain and the poppy, which typically grows in fields of wheat and barley, were associated with Demeter; as the poppy can symbolize ignorance, the juxtaposition with the grain implies that the gift of agriculture is a grace upon humanity to relieve their ignorance. In contrast, in the narrative of Genesis, God punishes humanity for their transgression – specifically gaining knowledge through forbidden means – and agriculture is construed as part of the punishment.

The use of barley and wheat in the Islamic stories of Eve and Adam, therefore, seems to reflect a dialectical and polemical discourse with the Zoroastrian and Greek traditions. Within the Islamic context, the Qur’anic framework has been expanded, using motifs from other cultures and religions such as the biblical, Greek, and Zoroastrian traditions. These motifs were consciously chosen in order to emphasize the Islamic message of the text. The polemical reinterpretation and integration of the barley motif into the Paradise theme marks these texts as uniquely Islamic, while simultaneously bringing them into dialogue with several other religious traditions of the Near East in Late Antiquity.

Reading the Islamic sources as part of the world of Late Antiquity, therefore, allows us to regard the emergence of Islam in a broader context. Furthermore, the introduction of the motif of the grain into Islamic reimaginings of the qur’anic story of the Fall compels us not only to consider Islam’s place within the framework of Late Antiquity, but also affects our perception of how the Qur’an and Islam relate to ancient traditions, and how those ancient traditions might relate to one another. In this case, the barley motif encourages us to reconsider how the text of Genesis compares to Greek mythology: in Greek myth, Demeter bestows knowledge of agriculture upon humanity as a blessing, alleviating their ignorance, with the help of winged snakes; in contrast, in the biblical account, God punishes the protoplasts for their snake-initiated theft of knowledge (a theme that also invites comparison with the Greek Prometheus!) by casting them out of the Garden, forcing them to adopt agriculture essentially as a punishment.4

In order to expand our view beyond the traditional understanding and comparative view of Islamic, Jewish, and Christian sources, it is necessary to ask different questions — not just what the fruit of Paradise was, but also why it was identified as such. Such a shift can help us reveal additional layers of meaning in both the Islamic and other texts through opening our minds to the possible dialogue of Islam with Greek and Zoroastrian cultures. Without it, who knows – even the fruit of Paradise might end up tasting like chicken.

ZOHAR HADROMI-ALLOUCHE is a Lecturer in Islam and Religious Studies at the University of Aberdeen. Her research applies literary approaches to early Islamic texts such as the Qurʾan, ḥadīth and qiṣaṣ al-anbiyāʾ literature. By setting these texts within a variety of contexts, such as other narratives from the Islamic tradition, the ancient Near East, and world folk literature, she aims at revealing a spectrum of levels on which these texts might be meaningful. She will present on the topic “Eve and Sons: Ambivalent Motherhood” at the 2015 IQSA Annual Meeting in Atlanta.

[2] For a detailed discussion of this theme, see Zohar Hadromi-Allouche, “The Wheat and the Barley: Feminine (In-)Fertility in Eve and Adam narratives in Islam,” in Y. Tzvi Langermann and Robert G. Morrison (eds.), Texts in Transit in the Medieval Mediterranean (Pennsylvania State University Press, forthcoming).

[3] Persian influence on the Islamic Adam stories (particularly in the work of the tenth-century CE author al-Maqdisī) has been observed by Cornelia Schöck, Adam im Islam: Ein Beitrag zur Ideengeschichte der Sunna (Schwarz, 1993), 3. For parallels between particular Greek and Qur’anic narratives see, for example, Walid Saleh, “The Etymological Fallacy and Qur’ānic Studies: Muhammad, Paradise, and Late Antiquity,” in Angelika Neuwirth et al. (eds.), The Qur’ān in Context (Brill: 2010), 649-698 and Suleiman A. Mourad, “From Hellenism to Christianity and Islam: The Origin of the Palm Tree Story concerning Mary and Jesus in the Gospel of Pseudo-Matthew and the Qurʾān,” Oriens Christianus 86 (2002), 206-216.

[4] For a comparative study of biblical narrative and Greek myth see, e.g., Daniel Vainstub, “Some Points of Contact between the Biblical Deborah War Traditions and Some Greek Mythologies,” Vetus Testamentum 61 (2011): 324-334. Notably, the snake of Eden is sometimes identified as originally having wings, e.g. Life of Adam and Eve 26:3 and various midrashic parallels. Sometimes in Islamic tradition jinn are said to take the form of white winged snakes.