The Arrival of Christianity in Ḥimyar and its Later Reimaginings 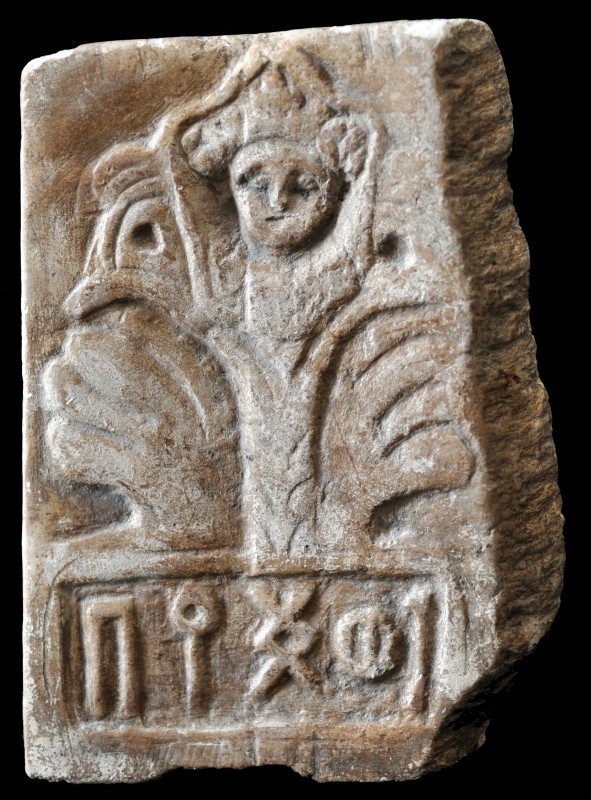 As Glenn Bowersock,1 Christian Robin,2 Iwona Gajda,3 and others have shown, the Ḥimyarite kingdom (corresponding roughly to modern-day Yemen) was once a contested site in Late Antiquity. The recent discovery and explanation of new inscriptional evidence from the Ḥimyarites by Robin and Gajda and the compelling contextualization of the Ḥimyarite kingdom’s history by Bowersock greatly enrich our knowledge of southern Arabia. While the ruling powers of Ḥimyar were predominantly Jewish for almost a century, their political and religious entanglements underscore the diverse religious, cultural, and political landscape in which they were enmeshed.

As a way to approach this complexity, I am currently exploring narratives that purport to account for the arrival of Christianity among the Ḥimyarites. One conversion story appears in a sixth century Syriac Christian hagiography, the History of the Great Deeds of Bishop Paul of Qentos and Priest John of Edessa, a tale of two ascetics and their adventures.4 Mid-story, Paul expresses a desire to go to Mount Sinai to be in God’s presence. John and another ascetic companion predict that Paul and John will be abducted by Arabs and subsequently convert them to Christianity, evoking the rich late ancient imaginaries of both Mount Sinai and the “barbarian” Arab as the backdrops for the remainder of the narrative. As expected, Paul and John arrive at Mount Sinai only to be abducted. Their Arab captors take them to the “place of the Ḥimyarites,” indicating that they were presumably Ḥimyarite subjects. Overnight, a young girl begins screaming that Paul (presumably by his mere presence) is sending holy arrows of fire against her. The pain only ceases once she is baptized a Christian, her “healing” resulting in multiple conversions. Angered by this, the king of the Ḥimyarites demands a showdown between his god (a palm tree) and Paul and John’s god (the Christian God), resulting in an uprooted, withered tree and kingdom-wide conversion to Christianity.

Stone relief of a royal figure, c. 525 CE, from Ẓafār, a major capital city under Ḥimyarite rule. The archaeologist Paul Yule, who discovered this relief, has argued that Christianity had spread beyond Najrān into other urban centers of the Ḥimyarite kingdom in the pre-Islamic era. Image copyright Dr. Paul A. Yule, Heidelberg University (accessed via the Zafar Image Archive in heidlCON, Universitätsbibliothek Heidelberg).

A somewhat similar explanation for the introduction of Christianity to southern Arabia appears in in al-Ṭabarī’s Tārikh al-rusul wa’l-mulūk.5 Here the characters are a certain Faymiyūn (= Paul) and Ṣālih (= John). Beyond the men now bearing alternate names, the original story is now split in two. Faymiyūn, “a zealous fighter for the faith,” wanders with Ṣālih into the “land of the Arabs.” Having been abducted, the two are sold on the markets of Najrān (a major Ḥimyarite city) and bought by separate masters.6 Faymiyūn then becomes the focus of the remainder of the narrative. Faymiyūn’s master spies him praying fervently and, fascinated, seeks an explanation. A resultant challenge between the master’s divine date palm and the Christian God once more results in an uprooted tree and Christian converts. But while Ṭabarī assures the reader that Christianity spreads from this miraculous moment, he also goes on to offer a second explanation for Christian conversion at Najrān. This time, Faymiyūn’s prayer practices stun a noble boy, who becomes his disciple. Desiring to know God’s greatest name, the boy writes every name of God he knows on its own arrow and then casts it into a fire. (Here one should detect echoes of the ninety-nine names of God in Islam.) Succeeding in his task, the boy goes on to perform many healings, converting many, and angering Ḥimyar’s king. After multiple failed attempts to kill the boy, the king and his subjects are convinced and convert to Christianity.7

Beyond the abductions themselves, both versions of these narratives involve violence and threats of violence to coerce conversion. The two ascetics of the History, as empowered agents of divine violence, participate in larger debates about “orthodox” Christian identity and should probably be seen as part of a larger trend to propagandize one’s Christological position through literature (with the political consequences such alignment might produce). Crucially, moments of violence create the narratival success of their particular Christianity. Violence, likewise, proves central to Ṭabarī’s version, but the thrust shifts. Faymiyūn and Ṣālih, as genuine “remnants” of the faith of Jesus, are able to convert idolatrous Arabs in the midst of Jewish Ḥimyarite decadence and violence.8

In Ṭabarī’s hands, with several centuries of hindsight, Faymiyūn and Ṣālih become precursors for faithful Muslim practice, converting many who ultimately become victims of Jewish violence at Najrān. By shifting the agents and victims of violence, Ṭabarī simultaneously redraws communal boundaries, subtly writing onto Faymiyūn’s prayers and his disciple’s actions a new Islamic meaning.

Building on the work of Thomas Sizgorich, who argued that late ancient ascetic violence constructed and marked communal boundaries, I think the distinctions between these two versions are not accidental. 9 The question I am attempting to address is how violence functions in each of these versions of a common story to delineate religious (and often political) boundaries. In particular, what are we to make of a pre-Islamic story that is refashioned for Muslim historical purposes? Certainly, it is more than a mere case of appropriation. Rather, these alternate tellings point to a dynamic, shared history and to common approaches to identity construction.

CHRISTINE LUCKRITZ MARQUIS is Assistant Professor of Church History at Union Presbyterian Seminary. Marquis earned her M.A.R. from Yale Divinity School and her Ph.D. in Early Christian Studies from Duke University. Her teaching and research explore early Christian communities and their practices, especially in Egypt and Syria. Her interests include memory and spatial practices, the role of violence in identity formation, material culture, and Christian interactions with neighboring Christians as well as non-Christians, especially early Muslims. She is currently working on her first book, which explores how memory and spatial practices were transformed by acts of violence among Egyptian ascetics. She will present on the topic “Violence and Community in Yemen” at the 2015 IQSA Annual Meeting in Atlanta.

[2] C. J. Robin and I. Gajda (eds.), Arabia Antiqua: Early Origins of South Arabian States. Proceedings of the First International Conference on the Conservation and Exploitation of the Archaeological Heritage of the Arabian Peninsula held in the Palazzo Brancaccio, Rome, by IsMEO on 28th-30th May 1991 (Istituto italiano per il Medio ed Estremo Oriente, 1996).

[6] Ṭabarī’s readers would have recognized Najrān as a site of Jewish persecution of Christians several centuries earlier. In fact, such readers would likely have understood his discussion of Najrān as evoking qur’anic references to the People of the Trench (cf. Sūra 85).

[7] We should probably read the suffering this Christian youth endures as an echo of the suffering of the pre-converted young girl in the earlier Paul and John narrative.

[8] There was often a tendency among Muslim authors to see Christians as having corrupted the genuine religion of Jesus. It is therefore noteworthy that Ṭabarī recognizes Faymiyūn and Ṣālih as later bearers of Jesus’ true message.